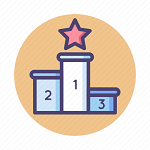 When you type a search query into Google, your question appears. There are hundreds of sites and posts competing to answer your question within seconds. However, how does Google determine which piece of content to present as the first response to your question?

RankBrain reads, comprehends, and analyses content to rank it, but no one fully understands the specific algorithm mechanics. Rank Candidate Theory (RCT) can be summed up as follows…

What is the Rank Candidate Theory?

According to the Rank Candidate Theory, Google crawls your webpage and scrapes your content to determine whether you satisfy the user’s intent. If you do, Google will consider your content a ranking candidate. So, some traffic is directed to your page to gauge user satisfaction. Your rankings will rise if users like your page.

Essentially, Google reads your page and decides if it is good enough to answer your query. As a test, Google may send some traffic to your page if it appears to be a good candidate.

Google, in this way, serves as a matchmaker. You can trust it to listen to what you want and to help you find it. A list of candidates appears after it searches for options that match what you’re looking for.

If you are compatible, it sends you on your first date with them. If you’ve found everything you were looking for in that candidate and enjoyed your first date, it’s a match made in heaven.

Google is now able to read a page just like a person does. However, it didn’t arrive right away.

In 2012, Google announced that it could detect cats in YouTube videos for the first time. A few years later, Facebook made news when they announced they could recognize faces 97.35% accurately using DeepFace4.

Those two technological breakthroughs spelled the end of traditional marketing.

There was an inevitable shift from cellular to neural networks in the industry. Traditional global ranking factors no longer had an impact.

As a result, Search engine optimization (SEO) would be bolstered by Google’s neural network developments. This also meant the end of keyword stuffing. As a result, INK Co. began testing the hypothesis that would later become the Rank Candidate Theory in 2016.

The first step in testing the rank candidate theory INK Co. purchased a brand new domain name, edgylabs.com. Having just launched, it did not yet have domain authority. INK Co. optimized the site for technical SEO and content publishing.

Additionally, INK CO. didn’t modify the experimental content with link building strategies to test the theory. Through this method, they were able to test how different content optimization strategies impacted Google.

The content optimization strategy led to organic growth of a brand new domain to 100,000+ monthly visitors from a cold start. So, content relevance is a new “page authority” signal that performs better than the traditional link-based approach to rank.

The first observation is that Google will put some traffic on your content to test it. If the site has decent technical optimization, even if the content has no backlinks or is from a site with low authority, you will still get some traffic.

What determines the outcome? Your content must answer the user’s query completely for the content to match the searcher’s intent. A good piece of content must be relevant to what you searched for and represent the best answer.

There’s a direct correlation between these factors and why many pieces of content fail to be ranked; they don’t meet the needs and expectations of searchers. Simply put, they’re not relevant or thorough enough. Because of this, these sites aren’t prioritized in search engine results.

The better the content is, the better the outcome, just as on a first date. Understandably, this is what is referred to as “RankBrain activity”. In other words, Artificial Intelligence (AI) decides if you deserve a chance or not. However, RankBrain collects ranking data from actual users. Then, your page can be ranked accordingly.

How Do You Know If Your Content Is the Best?

It is difficult for many writers to understand how content optimization works because, like RankBrain, it is a black box. It is very time-consuming to write a post or create content. Rankings are competitive. So, it is vital to understand what your content faces. Over two years, INK CO. developed and tested the Rank Candidate Theory. Then, they learned how to conduct competitive analyses of this sort.

According to the findings, 55% of marketers prioritize creating content for inbound marketing, yet 90% of web content never gets read. There are a few things you need to ask yourself when you produce content:

All in all, the way Google will rank your content will largely depend on what the user wants. As a webmaster, you need to be able to answer all the queries that users are searching for to appear number one on SERP.