Punctuation is very important for the flow of content. The reason is that SEO is about optimising for the users first and search engines second. Good content is not only about the story of the information conveyed, but also about the way punctuation is used in the text. It can be very hard to use punctuation this is the reason why we invite you to read this article.

Punctuation in the URL

Do not use question marks or exclamations in your domain name. One of the reasons is that punctuations such as the ones mentioned are ignored or viewed as “code” language. It will just mess up your domain name.

However, the only punctuations that are allowed to be used in URLs are either a hyphen “-” or an underscore “_” as word dividers. While both are approved, it is recommended that you use hyphens as word dividers (separator) in your domain (www.bleu-red.com instead of www.bleu_red.com).

Punctuation in title tag, and description

Here are some examples of punctuation you can use:

You can use a pipe “|” in a title tags. It is perfectly ok to use it, especially to separate elements of the title. Just make sure not to overdo it (just once is enough).

You can use commas “,”, hyphens“–” and colons “:” within the title. The advice we can give is to use less punctuation in meta description and titles. Remember that your main focus is users and then search engines.

The ampersand (&) is a punctuation mark that can cause problems when put in a title. It’s not advisable. The reason is simply because Google might make a distinction between the meaning of “&” and “and” since it is incorporated into many brand name.

Commas and semicolons are the two most used punctuations in content. Many writers have difficulties using these two punctuation marks properly. We give you some tips below to help.

A comma is used frequently in the creation of content no matter the language. Many writers add a comma to show a pause. Nowadays, it is used to make the content clearer for readers.

You can use commas as you wish, but don’t use Oxford commas. It’s “blue, white and red,” not “blue, white, and red.” The second example, where there is a comma before “and red”,  is of the Oxford variety, and they’re outdated.

However there are some rules to be respected:

For example: We washed the cat, and then we cleaned up the mess that he made.

For example: once upon a time, mermaid……..

I suppose, yes, we could make ithappen

Semicolons and colons were initially used to define breaks or pauses shorter than a full stop and longer than a comma. Now, they are used to illustrate certain grammatical relationships, with the colon being the more emphatic of the two.

Semicolons are used to divide independent sections in 3 different ways: 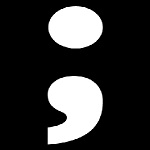 For example: I love you; Benjie loves you, too.

For example: “I am crucified with Christ; nevertheless, I live.–Galatians 2:20.”

And “Julien was tall; Melky, on the other hand, was short.”

For example : She wears a dress with a fringe, a leather jacket on top; but I prefer blazers myself.