CTR (click-through-rate) manipulation is a technique that is used by webmasters to generate fake clicks to their websites. So, the generation of fake clicks will trick search into thinking your website is popular and will, in turn, improve rankings.

There are two ways that webmasters use to generate fake clicks. These are:

In this guide, we’re going to discuss the importance of CTR and how to generate clicks to your site without the use of bots and micro workers.

There is some indication that shows that CTR manipulation works. For example, in 2014, Rand Fishkin, the founder of Moz, experimented on Twitter. In this study, he asked his followers to search for a particular term on Google then click on his website. At the time, his website was in the seventh spot on SERP (Search Engine Results Page).

Within a few hours of Fishkin’s request, his website had moved from seventh place to first place. This experiment was the first definitive evidence that CTR influences ranking. Also, the experiment proved that CTR manipulation works. Since then, other industry experts like Chris Palmer and Dan Petrovic have conducted similar studies and have received the same results.

Thus, the take away from this experiment is that the more a page exceeds the expected average CTR for a given position. The better the position on SERP will be. 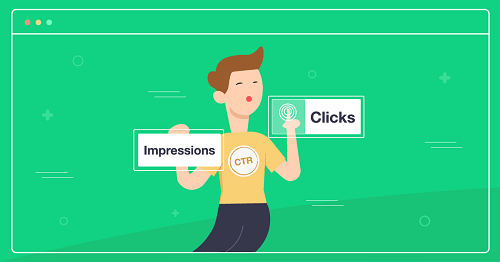 Why Is CTR Important?

CTR is important because it is one of the metrics that Google and other search engines use to gauge whether a website or page is worthwhile for users. So, the more people click on the website, the better the ranking. However, we need to keep in mind that CTR is not the only metric that influences rankings.

Google also uses CTR as feedback on whether it is providing users with the best possible content available on the internet.

Here are six ways that you can use to improve your CTR without using bots or micro workers.

Hubspot conducted a study that found that the use of brackets in headlines may increase clicks by 38%. According to the authors of the study, brackets make headlines stand out. Plus, they give users a preview of what to expect in the content. For example, insert

in the headline to indicate that you are presenting a video.

Many SEO experts believe that inserting numbers in the meta title will increase clicks. Also, the numbers will help the headline stand out, similarly with brackets.

In fact, according to Neil Patel, users are prone to gravitate more to headlines with numbers that end in zero than those that don’t.

3.      Use the Current Year in the Title and Description

We’ve seen with CRT manipulation that it might drive users to your site; however, it won’t make them stay. Therefore, a high bounce rate plus low dwell time results in lower rankings.

When you use power words, you ensure that you trigger an emotional response from users. As a matter of fact, studies have shown that people respond to emotions, not words. Therefore, creating content that evokes emotions is more likely to be shared.

Also, studies have shown that certain power words will trigger curiosity and will most likely receive engagement from users.

Using an analyzer will help you determine whether you are on the right track or not. There are a lot of free tools on the internet that you can use to analyze your title tags.