Speakable Schema Markup is structured data that makes it easier for Google Assistant to find new topics that are relevant to users.

The schema code of Speakable highlights parts of text on a page that can be easily converted to speech. Many webmasters use Speakable Schema markup on sections of their content where they think it would be easier to convert to speech.

So, that means that when you add Speakable Schema Markup to your content it will allow search engines (Google) and other applications the ability to read you content out loud on smart devices that have Google Assistant.

So, Google Assistant makes use of Speakable Schema Markup to answer queries about newsworthy and possibly trending topics.

Until recently, Speakable Schema Markup was used for publishers of news only. However, last year Danny Sullivan confirmed that the schema markup has been extended to other pages of content besides news.

Further studies from Gartner have also shown that 30% of those voice searchers will be done on devices without a screen. For example, Google Home Devices and Alexa.

Another study that was conducted by OC&C Strategy Consultants, 13% of American households will have owned a smart speaker in 2017. By 2022, this number will have risen by 55%.

The voice recognition industry was estimated to be worth $601 million in 2019. The value is set to rise in the coming years.

According to Alpine AI, in 2018, there were approximately 1 billion voice searches every month on the internet. 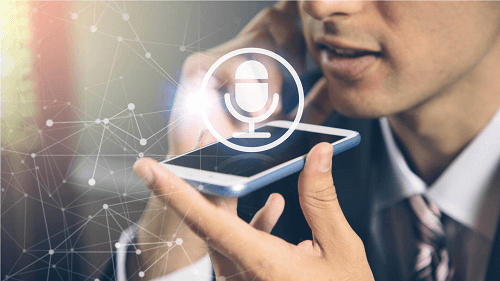 Speakable markup helps webmasters reach an audience that was previously inaccessible before Google Assistant. For example, those who are visually impaired.

The schema helps content producers gain visibility. Also, it may be a ranking factor in the future. However, it seems like it will become one in the future according to SEO specialists.

How Does Speakable Schema Markup Work?

When users voice search for news on a particular topic, Google Assistant returns up to three articles from the web that support text-to-speech.

It is important to note that Speakable schema markup is still in its BETA version. Therefore, the schema will work for users who live the US and have Google Assistant with the language set on English.

Another thing that you should be aware of is that the results will only be shown from pages/articles that are written in English.

However, Google hopes that as more websites make use of Speakable Markup the scope will eventually extend to other countries and languages.

How to use Speakable Schema Markup

You can find the schema code on Google’s developer page.